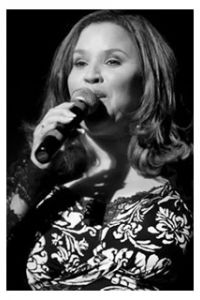 Melissa has been singing since she was 11 years old, playing her first lead role as Anne, in the musical Anne of Green Gables. She is classically trained and has been under the tutelage of well known voice coaches such as Prof G Van Der Spuy, Magdelena Oosthuizen, Sidwill Hartman and Vanessa Tait-Jones respectively.

She achieved a place on UNISA’s honours roll for her Gr.8 singing exam, with a mark of 87%. For Singing higher grade, Melissa achieved distinction with 92%. For the Trinity Gr. 6 exam, she was awarded the highest achievement of 91%. She also completed a year of UCT’s Diploma in Opera. Melissa has a Diploma in Worship and Creative Arts from Hillsong College, Sydney, Australia.

She performed for three consecutive years for the friends of Arbeidsgenot (the home of the father of Afrikaans) C. J. Langenhoven, at the KKNK; writing, arranging and setting to music some of his works.

She conducted the Intshona Trust choir (made up of farm workers in Malmesbury), and they obtained second place at the ATKV Suidooster Fees. Melissa was part of the Willy Russel’s hit musical “Blood Brother’s”, adapted by David Kramer. To critical acclaim, she most recently she played the role of the Narrator in Andrew Lloyd Webber’s musical, Joseph and the technicolour dreamcoat. Later in 2020 she will be seen as the female principle, Mabel, in Gilbert and Sullivan’s Pirates of the Penzance at the Artscape.

Melissa has written, directed and produced numerous Christmas events and productions, most recently Kaapse Krismis, a hit show performed at the Drostdy Theatre in Stellenbosch.

Her passion is seeing students reach their potential, helping them hone and master their craft and skill whilst at the same time giving expression to her own talent both on stage as singer and actress and behind the scenes as writer, director and producer.